Mr. Kelton is: Senior Vice President for National Security Solutions, DynCorp International; an Outside Board Director of Blue Planet-Works and Chairman of AppGuard LLC’s TRUSTICA offering; Senior Advisor to the Chairman of the President’s Intelligence Advisory Board; an Adjunct Assistant Professor in the Security Studies Program of the Georgetown School of Foreign Service and the Daniel Morgan Graduate School for National Security; a Board Member at Valley Forge Military College; on the Advisory Board of FORCEPOINT; Board Chair of the Spookstock Foundation (benefitting the CIA Memorial Foundation and the Special Operations Warrior Foundation); an Advisor to the Chertoff Group; and a contributor to The Cipher Brief, writing on intelligence and national security issues.
Speaking At
Keynote: Real World Intelligence and Global Cybersecurity Threats 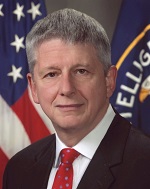