He is the co-author of Information Technology Risk Management in Enterprise Environments, Wiley, 2010, and The Chief Information Security Officer, IT Governance, 2011. He holds both a bachelor of business administration and master of business administration degree from James Madison University, with a concentration in information security. In addition, he holds a number of certifications, including: ISC2’s CISSP, and ISACA’s CISM, CISA and CGEIT.

He has briefed the DHS and Pentagon on Cyber Liability Insurance issues and is frequently interviewed as an expert in the security industry by Information Week, eWeek, Forbes, PC World, CSO, and CIO Magazine. He has appeared on CNN as well as the Brian Lehrer Show, and was featured on the cover of SCMagazine.
Speaking At
C5 Gathering of the Vulnerability Wranglers 2.0 (PANEL) 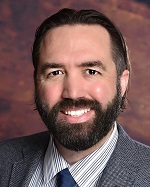