Tammy is the CEO and Founder of CyAlliance. She is a strategic advisor to companies, vendors and startups by leading, building and scaling security offerings while providing CISO as a Service and virtual CISO (vCISO) services for companies worldwide. With her 30 years of experience, she is noted by her peers to be a results-driven and passionate executive leader. She is a distinguished career CISO, and she has held many security and technology leadership roles which include; Accenture, Venafi, Time Warner Cable and The Home Depot. She has dedicated her career to guide CISOs worldwide to help defend organizations from cyber threats and attacks. Amongst the many things she is involved in, she is a Distinguished Fellow with the Ponemon Institute and volunteers her time with organizations including ISACA and ISSA. She hosts CISO Networking dinners globally to allow CISO’s to share, network and build local relationships. Her passion for security and her leadership expertise has been quoted, podcasted and written about in articles, newspapers and magazines around the world, including London Financial Times, MIS Asia, CSO Australia, FORBES, Women’s Agenda Australia, and the cover of CSO Magazine. She holds multiple accolades which include the top fifteen 2018 Global Cyber Security thought leaders by IFSEC Global, 2013 Top 25 Global CISO’s Evanta, ISE North America’s People’s Choice 2011 and 2012, Finalist for CIO of the Year and Security Champion of the Year at the Women in IT Awards Silicon Valley 2018.

She is an internationally recognized keynote/speaker, not only on security and governance, but also on career building, women in technology and leadership mentoring. She is a diversity champion. Tammy dedicates her personal time as a professional independent leadership and career mentor. Tammy continually provides strategic guidance to other industry-leading security vendors where she is currently a company board advisor to Attivo Networks, Raxis, Siemplify and Venafi – previously to Box and Qualys. #DoWhatYouLove #LoveWhatYouDo 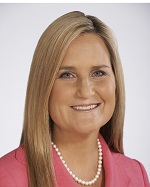