Prior to this position, Mr. Lechleitner served as the Assistant Director for HSI’s International Operations Division. In this role, Mr. Lechleitner was responsible for administering a budget of more than $160 million and the operational oversight of 80 offices in 53 countries. With over 400 special agents and support personnel assigned to U.S. embassies, consulates, and Department of Defense liaison offices around the globe, HSI’s international footprint is DHS’s largest investigative presence abroad.

Throughout his career Mr. Lechleitner has served in several key leadership positions for HSI. Mr. Lechleitner was formerly the Special Agent in Charge for HSI Washington, D.C., where he was responsible for all HSI investigations and field operations in the District of Columbia and the State of Virginia. At HSI headquarters, Mr. Lechleitner previously served as the Acting Assistant Director for the National Security Investigations Division as well as the Deputy Assistant Director overseeing HSI’s Cyber Crimes Division.
Prior to becoming a special agent with the U.S. Customs Service and then HSI in Philadelphia, PA, Mr. Lechleitner was a Fairfax County Police Officer. Before starting his law enforcement career, Mr. Lechleitner was a member of the U.S. military, where he served as a U.S. Navy signals intelligence specialist supporting national security interests.

Mr. Lechleitner holds a Bachelor of Science degree in Psychology from George Mason University in Virginia, a Master of Arts degree in Criminology from St. Joseph’s University in Philadelphia, and a Graduate certificate in Executive Leadership from American University in Washington, D.C. He is a member of the Senior Executive Service and a Senior DHS Fellow.
Speaking At
Disrupting and Dismantling: How Homeland Security Investigations is Countering Transnational Threats 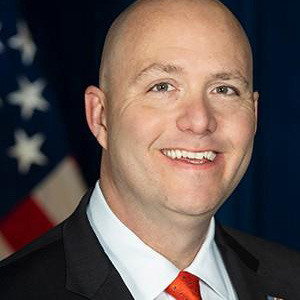